Book 9.2 in the Montgomery Ink Series 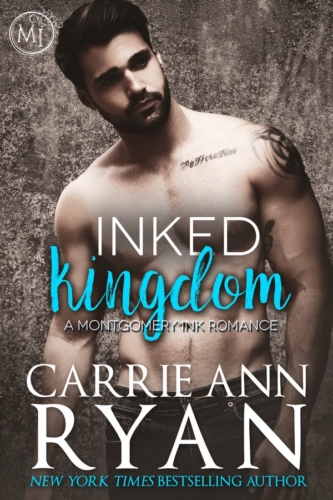 I fell for Sarina the moment I saw her.

When the Kingdom tore her from me, I promised revenge.

My claim was forfeit the moment she ran, but now I will follow.

I will find her.

I will earn her.

And I will burn the world if they dare touch her.

READ FOR FREE BY SIGNING UP HERE

Inked Kingdom is Book 9.2 in the Montgomery Ink series 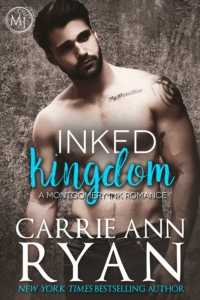 The fist slammed into my jaw, the crunch of flesh to bone echoing in my head. I stumbled back and tried to fight, but the person holding me back tightened their grip, my arms pinned behind me.

“Fucking take it, Stone,” the man in front of me grumbled as he hooked his fist out again, this time connecting with my ribs.

I let out a shocked gasp, annoyed with myself for doing it. Eddie’s eyes narrowed into slits, the glee in them familiar. Eddie loved doling out pain and seeing others fall.

The fucking bastard. The fact I’d broken just the bit that I had would egg him on, and I had been doing so well not saying a damn word. As long as I didn’t make a sound, Eddie would get tired and stop.

“The King already told you what you could fucking do with your retirement, Stone. You think you’re too good for us? The King made you. He took you from nothing. Kept a roof over your head when your own father didn’t even want you. When your dear old mother left you to rot in the alley with your brother. The King kept you alive when that rat bastard of a brother finally kicked the bucket as he should have long before. Who the fuck do you think you are?”

Rage ravaged my body, threatening to overpower me and make me lose control. If I lost control, I’d die. I wouldn’t be able to face Eddie and keep up with the man behind me long enough to draw in my next breath.

“I’m not a pretty boy like you, it seems,” I finally answered, with a smirk of my own, and the man holding me kneed me behind my legs. I let out a curse, and Eddie grinned.

“That’s a pretty boy. Look at you, pretending you’re some tough shit when all you’re going to do is go cry to your mother.” Eddie grinned again. “Oh, you can’t do that because your mom is dead. I guess that’s what happens when you go against the King. You know she screamed when she died. Bent to save you, and yet it’s not going to be enough. She’s dead. Now you’re going to join her soon. I can’t wait to tell the King to send you to meet your mom. She was hot, though. Kind of miss the fact that I never got to tap that.”

Fury boiled through me, and I pulled at the other man, at Rook.

His name wasn’t Rook. That was his title. Eddie was the Knight. We were part of the Kingdom, its organization outside of Desolation, New York. We ran guns, booze, drugs—anything to make the King richer.

I had been born into the life, I hadn’t had a choice.

I might say that I could get out, but there was no leaving it. The only person that had left had been the one person that I’d loved.

Only Sarina was gone. She had been the Princess, daughter of the former Knight, sister of the older Rook, before everything had changed.

Now her family was dead, and Sarina was gone, and I was alone here.

Alone in a city of crime, of terrible choices, no getting out.

Somehow I was going to leave.

I had no other choice. If I wanted to live to see my next birthday, or fuck, see the next sunrise, I needed to leave before the rest of the Kingdom put me in front of the King.

The Ruin was made up of the major powers of crime and unorder congregated in Desolation, New York. It connected all the bosses, the cartels, the mobs, the games, and the outsiders. Anyone who was anyone in our part of the country was connected to the Ruin.

And I needed to sever that connection if I wanted to survive.

If I wanted to have her.

I had claimed her once, and she had left. Not to leave me, but to save herself, the one thing I hadn’t been able to do on my own.

She ran from me once, from my world, from our world, and now I needed to find her. But the first thing I needed to do was get out of their hold.

“You really thought you could do it,” Eddie said as he shook his head. He gestured behind me, and I frowned because the man holding me didn’t move. No, instead, there was a sound of boots on cement and someone being dragged.

I froze, ice sliding up my veins. I looked at Jeremy.

Jeremy was the single friend I had left in the Ruin. He was a runner like me, but he tended to make poor decisions. Even worse than I did when it came to this life. I didn’t do drugs. I didn’t beat women. I didn’t use anybody other than myself. Jeremy tried his best to emulate that but sometimes made the wrong choices.

Still, Jeremy was my only friend.

Eddie looked at me then and pulled the Glock out of his holster.

“You both thought you could leave?” He shook his head. “Guess you were wrong, weren’t you?”

“I swear, I wasn’t going to leave. I love the Kingdom. I love the King. I bow before him.” Jeremy began to ramble, tears slid from his eyes, and I just blinked, wondering what the fuck Jeremy had done.

Because while I was going to leave, because I had to, Jeremy was supposed to wait. He had wanted to stay. He would never betray me or his King. What the fuck had he done to warrant this reaction from the Knight?

“The King sends his regards, Jeremy. Next time, don’t fuck his daughter.”

Jeremy let out a scream, and then there was nothing, just the sound of a gunshot echoing between my ears and my stomach falling out.

This couldn’t be happening. Jeremy couldn’t be dead. The Knight hadn’t just killed a man in cold blood in front of me. But of course he had. They’d done it before. And if I wasn’t careful, they’d do it again and again until there was no hope.

Jeremy fell, the single perfect precision hit right in the middle of his forehead. Eddie sighed and put the gun back in his holster.

“We’re going to have to get the cleaner in here to clean this up,” he growled. “Do you want to use ours or someone else’s?”

“Call Arlo.” Rook chuffed behind me. “That way, our guy doesn’t have to get his hands dirty. Arlo will be good at it.”

Ice crawled all over me. Arlo was the cleaner for higher-ups in the Ruin. Nobody knew exactly what he did, but as Arlo worked for the Petrov Bratva. He was a big mean son of a bitch.

I swallowed hard, looked at my dead friend, and I wondered how the fuck I got here.

I was such an idiot.

I couldn’t even feel remorse for the friend that was dead. I didn’t have time or the luxury to feel. Everything was numb. Hollow. Unending.

Jeremy was dead. And he had cried.

And I was next.

“I think the King wants to do this personally for you, boy,” Eddie said as he shook his head. “I’m not going to waste a bullet on you.”

Then Eddie moved forward and snapped out his wrist. The taser hit me right in the chest, sending electric shocks down my body. I hadn’t even realized that the Rook had let me go, was laughing behind me. I fell to my knees, and then the taser was gone, and they were kicking. Steel-toed boots hitting my side, my ribs. Something cracked and I coughed up blood. And then there was a fist to my temple, and there was nothing.

I looked up into the dark eyes of the man above me and figured maybe this was how I was going to die. Maybe the King didn’t want anything to do with me after all.

“Come on, before they take you to the hub, the Ruin doesn’t need to see your dead body. And neither do I.”

Arlo looked down at the blood that I had sprayed on his chest and rolled his eyes. “Thanks for that. Come on, let’s get you out of here.”

“See, those are questions. And I don’t want fucking questions.”

“You don’t need to understand. Just get the fuck out of here, Stone. You want to survive? Leave.”

“But what about you?”

“There are different ways to survive, Stone. You know that better than anyone else.” He tossed the keys at me, and I caught them with my left hand, my right one still aching from when Eddie had stomped on it.

“What are you going to tell them?”

“Again with the questions. It’s like you want to be killed.”

He shook his head and walked off without saying another word, as if speaking to me had been too much for him in the first place.

I looked over at the small nondescript sedan in front of me and wondered what the fuck was going on. My head ached, and I had a feeling I might have a concussion, but I ignored it.

My only friend was dead, taken away when I was out cold, and I hadn’t even had time to mourn or wonder what I could have done.

My family was long gone, taken from me before I’d had the strength to fight back to try to save them.

All that would be left for me at the Ruin were the death and destruction of whatever the King declared.

So I started the engine and I pulled away, wondering what the fuck Arlo was thinking and how the fuck I was going to repay him.

In the end, it didn’t matter because I was looking for her.

My life was forfeit.

The claim I once had on her long gone.

My past lay in ruins, but she was the one for me.

She would be my salvation. 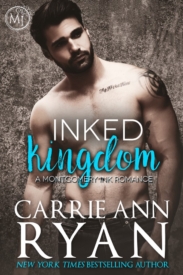