Book 7.5 in the Montgomery Ink Series 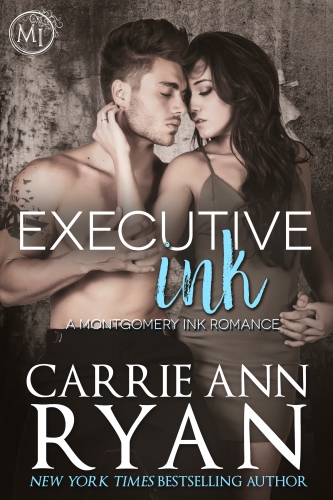 Ashlynn didn’t want him…she craved him. That was her first mistake, but not her last. She’s the boss of her life and decisions. She doesn’t have time for a bearded, inked man. But he may just make her yearn for it.

Jax thought it would only be for one night but now he wants more. She’s the straight-laced executive to his leather-and-jeans life, and she makes him desire more. She is so much more. But how much, he may never know.

Executive Ink is Book 7.5 in the Montgomery Ink series 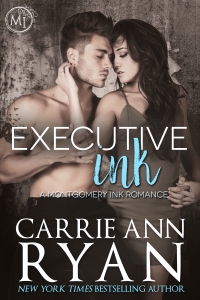 Exhaustion crept over Ashlynn Kelly’s body, but she ignored it, pushing it deep down where she knew it would stay until she found time to actually take care of it. Much like she ignored the fact that her feet had gone numb about two hours ago in her red-soled stilettos, and how her back ached enough that she knew it would take at least three hour-long massages to get out the kinks. Of course, by the time she arranged appointments with her massage therapist, she’d need even more hours with him, and she’d be down another pair of shoes.

But she’d closed the damn deal.

Nothing could take that away from her.

Not even blisters on her feet and a throbbing temple or two or even the muggy Atlanta air.

She’d spent her life working countless hours and barely sleeping while dealing with condescending men in business suits. Guys who traveled on Mondays to get to out-of-town business meetings while laughing far too loudly and looking at her legs rather than her face before flying back home Friday evenings with even more leers. She’d dealt with them during her meetings as they called her “honey,” and flashed them her patented icy glare when they gave her their coffee orders before every conference or panel instead of treating her like an equal. She’d gotten her MBA while working two jobs and dealt with men who only looked at her for her tits and pins—their words, not hers—not her brain.

Now, she was the CFO of a Forbes 500 company and kicking genuine ass.

At least, this week.

So, yes, her feet hurt, and she had a headache from hell, but there were no mediocre men with fat egos around to piss her off. Only, she had a feeling as soon as she walked back into the hotel lobby, she’d be surrounded by those blowhards in suits and loosened ties. She’d been in the conference center across the street most of the day, and rather than walk the extra mile to use the covered bridge that connected the two buildings, she’d opted to go outside and breathe some fresh air for what felt like the first time in weeks.

Between meetings, panels, lunches on the premises, and dinners that had, for some reason, only occurred in the revolving restaurant on-site, she’d spent her entire week breathing hotel and conference room air.

As soon as her crosswalk light turned green, Ashlynn inhaled a deep breath and almost choked. It was a little too humid and damp at the moment for that kind of breathing, and she knew the underneath layers of her hair were starting to curl. That was why she’d spent the days inside rather than out. Her throat might be dry and her skin in need of some serious lotion time thanks to the acrid air of the hotel, but her hair and makeup had stayed in place for the ten hours she’d needed it to throughout the day.

At the moment, however, she didn’t give a damn how she looked. She’d made the deal, gotten her company’s name in the hands of the few people at the event who didn’t know about them and had even impressed the good ol’ boys who thought her a stripper rather than their potential rival.

Silly men and their tiny dicks in this business, she thought. They never saw her coming until it was far too late and she’d walked all over them, wrapping them around her finger at the same time for good measure.

Ashlynn was damn good at what she did, and when she got home, she’d open a bottle of wine to celebrate.

Because it wasn’t as if she had time these days to actually go out and meet someone, let alone get to know them enough to bring them into her life like that. She hadn’t had sex with another person in months, but that was fine. She had her hand, and a nice selection of vibrators—one that even blew little puffs of air right on her clit and made her come in five seconds flat—she didn’t need a man.

Though a hot night of sex with no commitments might be nice one day. Just meaningless, against-the-door sex with a man who loved going down on her until she came over and over again before fucking her hard into the mattress until he released himself all over her. Just downright dirty, unhinged, no holds barred sex.

Ashlynn swallowed hard. Yes, that would be nice.

Not that she’d actually get that in her hotel at the moment since she knew probably half the men down in the bar area. That meant she needed to remain her professional, icy self and make use of the showerhead in her hotel bathroom when she got back up to her room. There was no way she’d sleep with someone in her profession—not when that would rebound on her. God forbid a woman want a night of hot sex without being labeled a slut. The rest of her coworkers could get away with that because they were men, but not her. She had to remain aboveboard because double standards were still a thing, no matter how many marches she attended or how hard she tapped that glass ceiling—at least for now, damn it.

It wasn’t as if she were the only woman in this position either. Her company had more women than it had before—thanks to her—but she was the only one at this particular conference since it was her project on the line. Ashlynn didn’t know the other women attending this week that well since they hadn’t been in her panels as they each had their own jobs to do, so she was pretty much on her own. And while that suited her most days, tonight, she was a bit lonely.

Ashlynn shook her head as she stepped onto the pavement that separated the two large streets she’d had to cross in order to get back to her hotel. The pedestrian crossing lights were so short that it took two cycles to get from one side to the other—even with her power walk in heels.

Tapping her foot, she looked around at the traffic surrounding her and tried not to sway from foot to foot. Her feet hurt. Maybe she didn’t need hot sex; a foot massage might be enough. Sadly, she knew from experience that doing it herself just wasn’t quite the same—much like an orgasm, but that was something she wasn’t going to think about.

The red hand went away, and the little man lit up, so she looked both ways—as people were idiots when it came to driving no matter what state you were in—and stepped into the crosswalk. She’d almost made it to the other side when bright lights came at her, and she did the one thing she’d sworn never to do in an intense situation—something she’d never done before.

Strong hands wrapped around her middle and tugged her to the side of the road, and her toe caught on the curb. With an oof, she found herself lying on a hard, male chest, a large hand on her waist, the other on her head as if protecting her, even though she’d been the one to land on him.

“You okay, princess?” the man rumbled. Yes, rumbled—she could feel the sound of his growl of a voice under her hands. She blinked down at him, the adrenaline pounding in her system and making it hard for her to catch her breath. The man beneath her wore a T-shirt with some logo on the front, and from what she could feel beneath her legs, he also wore jeans. His hair was a tad too long, and his beard was scruffy yet oddly sexy. And the ink she caught a glimpse of? Oh, my.

Maybe she’d hit her head when she fell.

“Don’t call me princess.” Not the thank you she’d planned on saying, but clearly, she wasn’t thinking straight.

He smirked at her, but it wasn’t like the ones the men in suits usually gave her. Instead, this one heated her inner thighs, and she really hated him for it. 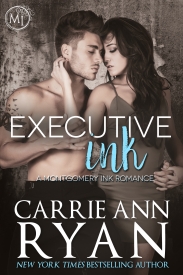 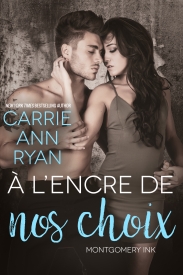