From Spirit and Binding

Book 3 in the Elements of Five Series 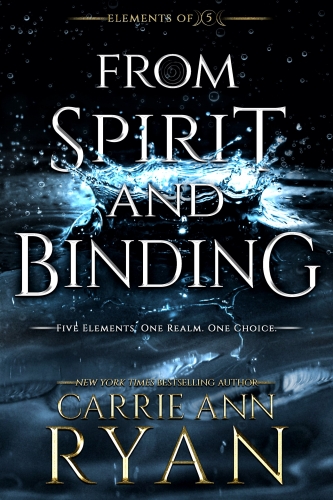 In her quest to unlock four of her five elements, Lyric has watched those she loves fade into ash and ruin. Bearing the weight of much loss and heartache, she and her team try to regroup and journey back to the only home Lyric has left—the Obscurité Court.

With the future uncertain, and the one person who could help her control her new powers missing, Lyric has never felt more lost. But as the pieces begin to come together in an epic unveiling she wasn’t prepared for, she’ll have to remember why she was called upon to become the Spirit Priestess in the first place.

The King of Lumière wants revenge for his lost brother, but he also wants so much more. With a missing king, a lost prince, and a few unexpected allies, Lyric will have to battle more than one enemy, and face countless unanswered questions with regards to a prophecy previously lost to the Maisons.

From Spirit and Binding 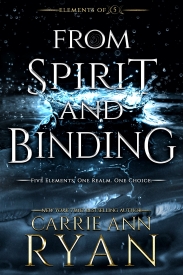