Book 1 in the Ravenwood Coven Series 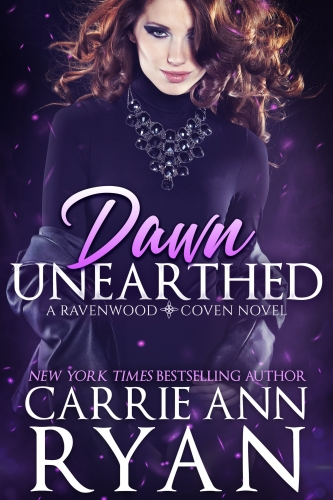 NYT Bestselling Author Carrie Ann Ryan begins a new witchy paranormal series where a magical town keeps its secrets, but those in it must find a way to keep themselves safe.

The moment Sage Reed makes her way to Ravenwood, she knows the small town lives up to its mystical lore—even if she doesn’t believe that she’s a witch. After losing her husband, she’s ready for change, and her aunt’s bookstore affords the perfect opportunity.

Rome Baker has secrets of his own—even some that he’s kept from the town he calls home. But when a striking and intriguing stranger saves his life the moment she steps into his path, his inner bear knows that she’s the one for him. However, with the town under fire, he worries he might run out of time before he can show her what they can have together.

A new enemy is on the horizon, one who hides in the shadows, whose history is steeped in lies. And if Sage and Rome aren’t careful, Sage’s new powers won’t be the only thing that spirals into flame.

Dawn Unearthed is Book 1 in the Ravenwood Coven series 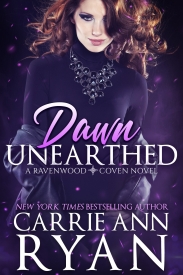