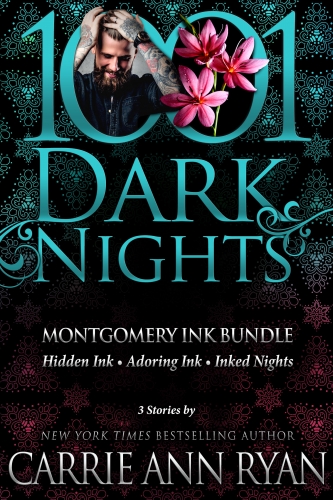 Hailey Monroe knows the world isn’t always fair, but she’s picked herself up from the ashes once before and if she needs to, she’ll do it again. It’s been years since she first spotted the tattoo artist with a scowl that made her heart skip a beat, but now she’s finally gained the courage to approach him. Only it won’t be about what their future could bring, but how to finish healing the scars from her past.
Sloane Gordon lived through the worst kinds of hell yet the temptation next door sends him to another level. He’s kept his distance because he knows what kind of man he is versus what kind of man Hailey needs. When she comes to him with a proposition that sends his mind whirling and his soul shattering, he’ll do everything in his power to protect the woman he cares for and the secrets he’s been forced to keep.

Holly Rose fell in love with a Montgomery, but left him when he couldn’t love her back. She might have been the one to break the ties and ensure her ex’s happy ending, but now Holly’s afraid she’s missed out on more than a chance at forever. Though she’s always been the dependable good girl, she’s ready to take a leap of faith and embark on the journey of a lifetime.
Brody Deacon loves ink, women, fast cars, and living life like there’s no tomorrow. The thing is, he doesn’t know if he has a tomorrow at all. When he sees Holly, he’s not only intrigued, he also hears the warnings of danger in his head. She’s too sweet, too innocent, and way too special for him. But when Holly asks him to help her grab the bull by the horns, he can’t help but go all in.
As they explore Holly’s bucket list and their own desires, Brody will have to make sure he doesn’t fall too hard and too fast. Sometimes, people think happily ever afters don’t happen for everyone, and Brody will have to face his demons and tell Holly the truth of what it means to truly live life to the fullest…even when they’re both running out of time.

Tattoo artist, Derek Hawkins knows the rules:
One night a month.
No last names.
No promises.
Olivia Madison has her own rules:
Don’t fall in love.
No commitment.
Never tell Derek the truth.
When their worlds crash into each other however, Derek and Olivia will have to face what they fought to ignore as well as the connection they tried to forget. 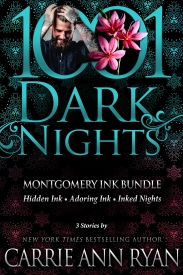