Ink Ever After - Carrie Ann Ryan 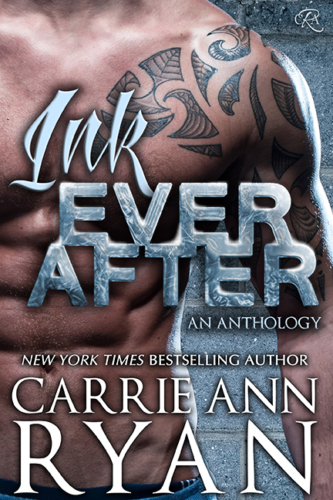 From the New York Times bestselling author of the Montgomery Ink and Talon Pack series comes an anthology filled with eleven bonus After-the-HEA novellas and short stories in most of her series.

Their Wicked Future (A Redwood Pack and Talon Pack Novella)

Quinn and Gina almost sacrificed everything to save their Pack and their mating. They’ve spent their lives putting others first, as well as raising Quinn’s son from his first mating, now it’s time to finally think of their future.

Ryder and Leah learn to heal.

The Alpha of the Talon Pack needs to relax and only his submissive mate is able to help.

Eliana and Malik are in for a long night…until a special visitor arrives.

Have Me (A Never Before Released Montgomery Ink Novella)

Meghan is at her wit’s end in the late stages of her pregnancy but Luc has a few tricks up his sleeve to remind her that it’s okay to take a moment to stop and enjoy it all.

Written in You (A Never Before Released Montgomery Ink Short Story)

Plus additional short stories and novellas!

Author Note: A few of these scenes have been featured in Carrie Ann Ryan’s newsletters and on her website in the past. This anthology is so people can have easy access to this material as well as the new bonus content. Happy Reading! 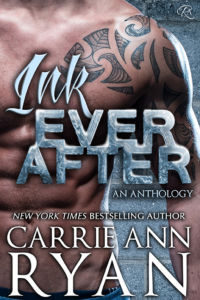 There was an ache in my bones that refused to go away. I’d lived through countless wars and seen civilizations rise and fall, and yet, I had thought the ache had vanished. Over the last few months, I’d found my mates, ended a war, and created a new Conclave. Or rather, I’d helped the Conclave find a new place and foundation so we weren’t killing everyone that went against us in a fit of rage.

Since all of that was now behind me, I figured I’d be able to sleep a little better and just…be. Only it hadn’t quite worked out that way. Sure, I saw my mates, Nadie and Jace, daily and knew there was a bright future down the road; only I was too fucking tired to deal with it.

I wiped down the bar countertop one last time and rolled my shoulders. A huge storm had blown in from the west and brought a late rush of people into the bar, a last stop on their way home. Usually, I would have had help, but I’d sent everyone else home so they could be with their families. I honestly hadn’t expected the rush, and now I was going to be late getting home back to my mates.

I don’t know why I kept Dante’s Circle open. But I loved the damn bar. Using spells and glamour, I had been able to own and operate it for over six decades. Before Nadie had walked into the bar and changed my life, I figured I’d end up being a bartender for another few decades before setting up shop somewhere else. Or maybe I would have found a new profession. I’d been a carpenter, a doctor, a scientist, and much more in my time. All the while, hiding the fact that I was also the blue dragon prince.

Then Nadie had shown up, and finally, Jace had done the same, and my plans had changed. I’d also been called up to be a Conclave member. One of two dragons who helped rule all the realms. The world I’d lived in, the world I’d made for myself was damn tiring. Between that, my mates, the bar, and the fact that every time one of our friends found their mate—or mates—I had to deal with a new edge of war, I was damn tired. Exhausted, really. I didn’t know if I could keep up with running the bar as I was. Something had to change. I wouldn’t give it up, not with the memories, but I needed to make a plan.

I let out a breath and clicked my tongue ring against my teeth. The last patron had just walked out the door, and all I wanted was to go home to bed. I was a ten-thousand-year-old dragon, and, apparently, a cranky one.

My phone buzzed, and I looked down to see that Tristan had texted with an update. I closed my eyes and tried to center myself. Another friend had found his mate, his true half, and now I had to wonder what would happen next. Would I lose my friends because of another realm’s pain? Would I lose my mates because of a war I couldn’t predict?

My head hurt, and I knew if I didn’t get out of this funk, I’d end up worrying myself into a brain aneurysm or something. Instead of banging my forehead against the wall, I opened my eyes and finished closing up the bar. I’d go home, hold my mates, and try to figure out how to relax.

My phone buzzed again, this time with a message from another Conclave member with a question. I sent a quick text back and headed to my SUV. By the time I made it home through the worst of the storm, I almost wished I had made a portal to get there—even if it were a waste of energy. Or maybe I should have just shifted into my dragon form and flown home. It would have taken a fraction of the time.

I pulled into the garage and shut off the engine. Though I was practically dead on my feet, I shuffled upstairs, stripping off my clothes as I did. I left a trail in my wake and knew Nadie would scold me for it later, but I didn’t mind. I kind of liked it when she got all angry and sported that cute little scowl.

As soon as I entered our bedroom, the scent of sex filled my senses. I smiled. My mates had apparently been busy while I was at the bar. They’d been in the bear realm for a date of their own, and thankfully, had come home instead of staying at Jace’s family’s overnight. I don’t know what I would have done if they hadn’t been there when I got home. Though I was naked, exhausted, and weary, I probably would have made my way to them in any realm, just so I could hold them in my arms.

Jace lay on his side, Nadie in his arms as they faced one another. The sheet had fallen, leaving Jace naked above the waist. I was pretty damn sure he was naked underneath the covers, as well. Because Nadie was so much smaller, the blanket had slid under her ass so only her legs were covered. As tired as I was, my cock stirred at the sight of them.

Yeah, I was worn-out, but I’d do anything for them. They turned me on, made me want them, made me love them. With each breath.

They made everything I did worth it. 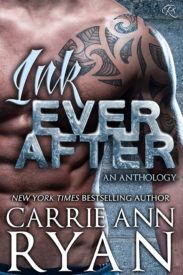