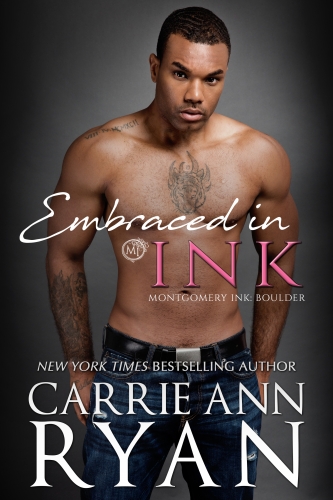 The Montgomery Ink saga continues with an unforgettable romance where two best friends make a bet that could change their lives forever.

Bristol Montgomery and Marcus Stearn have been best friends for so long, they sometimes forget when they weren’t as close as they are now. While friends and family think there’s something beneath the surface of their friendship, the two have always been steadfast in their stance on no heated looks or deeper feelings.

The problem? Years ago, they promised each other that if neither of them was married by the time Bristol turned thirty, they’d marry each other.

Even though both have long since decided never to force the other into an arranged marriage, circumstances and sheer stubbornness force them to refuse to back out of their deal.

Now, they’re determined to get married—even as dangerous exes and feelings they deny, block their path.

Embraced in Ink is Book 3 in the Montgomery Ink: Boulder series 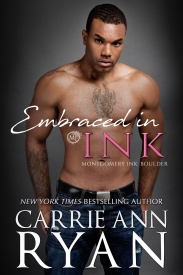