Part of the Branded Packs Series 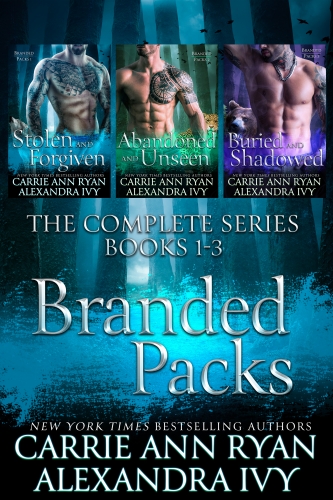 The first rule of being Alpha of the Canine Pack is to protect their secrets from the humans at all cost. One look at the dying human at his doorstep and Holden Carter knows he will have to break it. Ariel Sands grew up in a post-Verona infection world and under the care of the very humans she thought had cured the disease. It will take more than trust and a mating bond for Ariel and Holden to not only survive their enemies, but the burn of their own temptations.

Soren Slater is a Beta wolf who understands that duty to his Pack comes before his own needs.  He never expected his enticing flirtations with Cora Wilder, a Tiger Princess, would encourage her cat to consider him a potential mate…but he’s forced to walk away.

When she’s kidnapped by the SAU and she has no choice but to work with Soren to escape. Together they must put the past behind them if they’re to survive the human’s evil plot.

When bear shifter, Anya Tucker fell in love with the wrong man, the only thing she left with was a broken heart—and her two bear cubs. When her sons meet the lazy cat next door and fall heads over tails for him, she’ll do whatever she takes to protect them—even from a past she’d thought she’d left behind.

Nicole Bradley had no reason to live after the humans murdered her son. On the hunt for revenge, the last thing she expected was to discover secrets that could destroy the SAU. Polar shifter, Tucker Stone, lives off the grid but he can’t walk away when he sees the pretty female wolf in danger. Risking exposure, he takes her to his hidden den and tries to heal her wounds.

Gibson Barton knows his Pack is on the verge of something they will never be able to prepare for: a chance at freedom. As a submissive wolf of her Pack, Mandy Calhoun has always only watched Gibson from afar. Oliver Dare is the Foreseer of the Ursine Pack, and knows with each vision, his death is that much closer. There is danger lurking in the den, and as the three learn to process their emotions and navigate their temptations, they’ll have to fight for something they never knew they had—or sacrifice it all for a purpose far greater than their own destinies.

Sinclair, Alpha of the Unseen Pack, is determined to destroy the Shifter Accommodation Unit. The human female, Mara, who has been secretly working with him has disappeared, and his priorities must shift slightly. He’s resolved to track her down, and not just because she has the information he needs. After the CDC kidnaps her, Mara realizes that this isn’t a game. She’s a potential savior for the future of the shifters—and perhaps especially the loner wolf who stirs her passions. 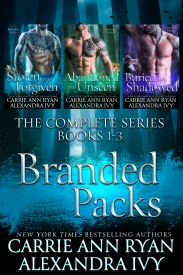