Part of the Dante’s Circle Series 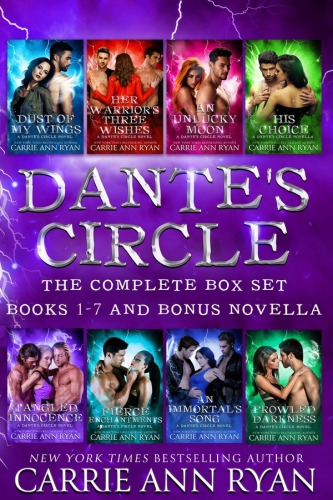 Fall into the sizzling and seductive paranormal of the USA Today Bestselling Dante’s Circle Series.

When chemist Lily finds a vial of angel dust, warrior angel Shade must protect the secrets of the paranormal world and the intriguing beauty before all is lost.

When Jamie is taken to the hell realm, warrior angel Ambrose and demon Balin will risk all to find her and when the chemistry between the three sparks, their fate won’t be denied.

Wolf shifter Hunter spent years fighting in hell and now he’s back to protect his people. Only the tantalizing Becca makes him yearn for more.

Demon Fawkes has to make a choice: live life as Lucifer’s son or risk his life for a taste of humanity. When he meets submissive wolf Leslie, the choice gets that much harder.

Nadie had loved dragon shifter Dante for years and yet he hasn’t said a word. Dante knows Nadie is his but he must wait for their third—Jace. When the three finally find one another, its not only their fate they must protect, but those they love as a new enemy shows it’s face.

Faith lost part of herself on the battle field and now as she wakes from the hell that almost took her, she not only has to face a new enemy but a man named Levi who not only saved her life…but claims she’s his mate.

When Amara’s world shattered once more she thought she lost it all. But fae Prince Seth and merman Tristan won’t let her fall…nor will they let a chance at fate fall through their fingers. Again.

Eliana’s heart broke when lion shifter Malik was forced to leave under false pretenses. Yet when he returns, her heart isn’t the only thing on the line. 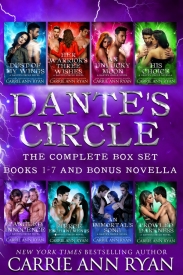