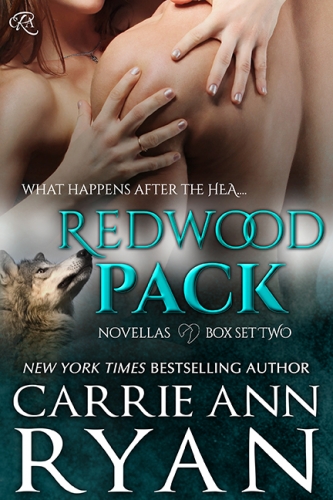 What happens after the Happy Ever After? Fall in love again with these three after the HEA novellas in the Redwood Pack series.

Being the Beta of the Redwood Pack isn’t an easy task, but Jasper has never complained. He’s spent his entire adult life dropping everything so he can take care of others. Now he’s a father, a husband…and tired. His mate, Willow, knows Jasper won’t let others know that he might need a break, even for a weekend, so that’s where she comes in.
Once Jasper lets go and allows his mate to call the shots, this Beta might just be in for the ride of a lifetime.

Maddox Jamenson almost lost his mate before he knew she existed, but his life is now exactly how he’d dreamed it. The war with the Centrals is over, and his family is healing one day at a time. Ellie is reveling in the simple perfection that is her life and family now, but that doesn’t mean she can shed the self-doubts and concerns that come with being a new mother, mate, and Redwood.
When a disturbance in their quiet life threatens to ruin everything they’ve fought for, Maddox and Ellie will have to learn not only to rely on each other more than ever, but find within themselves the power to forgive.

Emeline might have been alive hundreds of years, but she’s never really lived. Using her knowledge and research, she helped save the Redwood Pack from devastation. However, she’s never felt whole. Not since she lost her mate so long ago. Now there is a new, younger wolf, entering her life and it will take more than her nose in a book to figure out the warmth in her heart is much more than a promise of a new feeling. It’s fate.
Noah has known Emeline was his mate since he first saw her, only he doesn’t know if she feels the same. He’s always been on the fringes of those in power in the Pack and has enjoyed it. Now he’s become an integral piece and wants to find a way to bring Emeline with him. Her reluctance in dating a much younger wolf isn’t the only hurdle in his way.
When he finally takes the step, he’ll have to pray she finds the connection and lets fate save them both. As they find their way to a mating bond, a player from the past is out to hold them back and everything they thought they’d had might be lost forever. 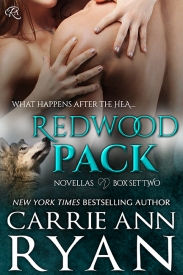