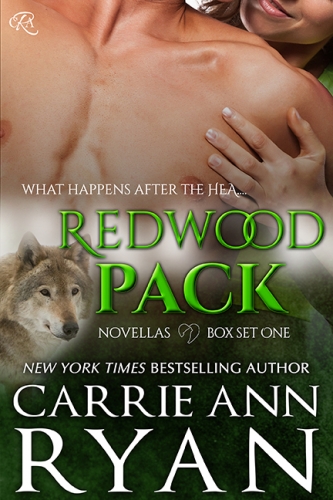 What happens after the Happy Ever After? Fall in love again with these three after the HEA novellas in the Redwood Pack series.

Kade Jamenson has been mated to Melanie for almost two years. They’ve been through mating circles, battles, loss, misunderstandings, and finally, the birth of their son, Finn. The world is in turmoil around them as the Redwoods engage in war with the Centrals. But for Kade and Melanie, the turmoil is also happening at home. The responsibility of a restless baby and their Pack has taken a toll and they need a break.

Not from each other. But from their Pack. Just for a night.

Kade takes Mel away for a romantic getaway and leaves Uncle Maddox alone with baby Finn. The Omega of the Redwood Pack may be adept at emotions but the idea of a baby may be beyond his immense capabilities.

Hannah Jamenson has babies on the brain. It seems that her sisters-in-law are expanding their family in the blink of an eye, but Hannah feels left behind. Every time that little test reads negative a little part of her dies and she feels like her Healing powers are failing her. Her mates, Josh and Reed, are doing everything they can to help her deal with their trials and losses, but they too feel like there is nothing they can do.

Just when the lines of what they mean to each other go out of focus, an enemy from Josh’s past is back to prove the things that go bump in the night are real and everything they had held dear is now in jeopardy. In order to fight back and find their way, they’ll need to put everything on the line before they lose it all.

Adam Jamenson’s courtship of his mate wasn’t the most conventional. In fact, it didn’t exist. Though he knows Bay loves him with every ounce of her soul, he needs to prove to her that he’s worth it. Not only for her, but for himself. While they move on and learn to be the Enforcer mated pair, Bay will find herself on a path that leads her to a history beyond just her and Adam’s mating. When she finds a locket rich in history and memories, she’ll do all in her power to see those involved found and remembered. With Adam by her side, they’ll both find the true meaning of forgiveness. 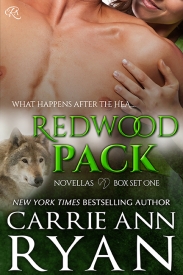